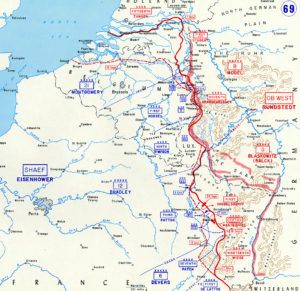 Our Expertise: the Rhine Campagne

Between September 1944 and March 1945 the Allies fought Nazi Germany for approximately 200 days at numerous locations west of the river Rhine. Battlefield Discovery specialises in this fascinating period of World War Two history.

Why? This period in time was the longest period of continuous fighting in North West Europe to obtain one specific goal: a bridgehead over the river Rhine. By September 1944 the Allies were confident they had beaten the German army. Hot on the heels of a retreating and depleted enemy the Allies followed them through France and Belgium. During this period everybody was optimistic that Nazi Germany had been defeated and the war was practically over.

However, early in September, the Allied advance ground to a halt whilst German opposition was increasing. Thus the Rhine crossing became unobtainable and any hopes of ending the war before Christmas were rapidly diminishing. After 200 days of intensive fighting the Allies would eventually cross the Rhine in strength. During those 200 days some of WW2’s largest and well-known battles were fought as well as countless smaller actions. Soldiers and civilians lived in both hope and fear and shared hardships. Numerous lives on both sides were claimed and various personal documents recount this long and bloody struggle.

There is always something new to discover

You can always learn something new and understand more about these events which shaped our lives so dramatically. What really happened? Where exactly was that? What did this location look like back then? What we the experiences of those directly involved? By critically researching official histories, personal stories, source materials, contemporary maps and pictures, and visiting these locations we learn something new each time. 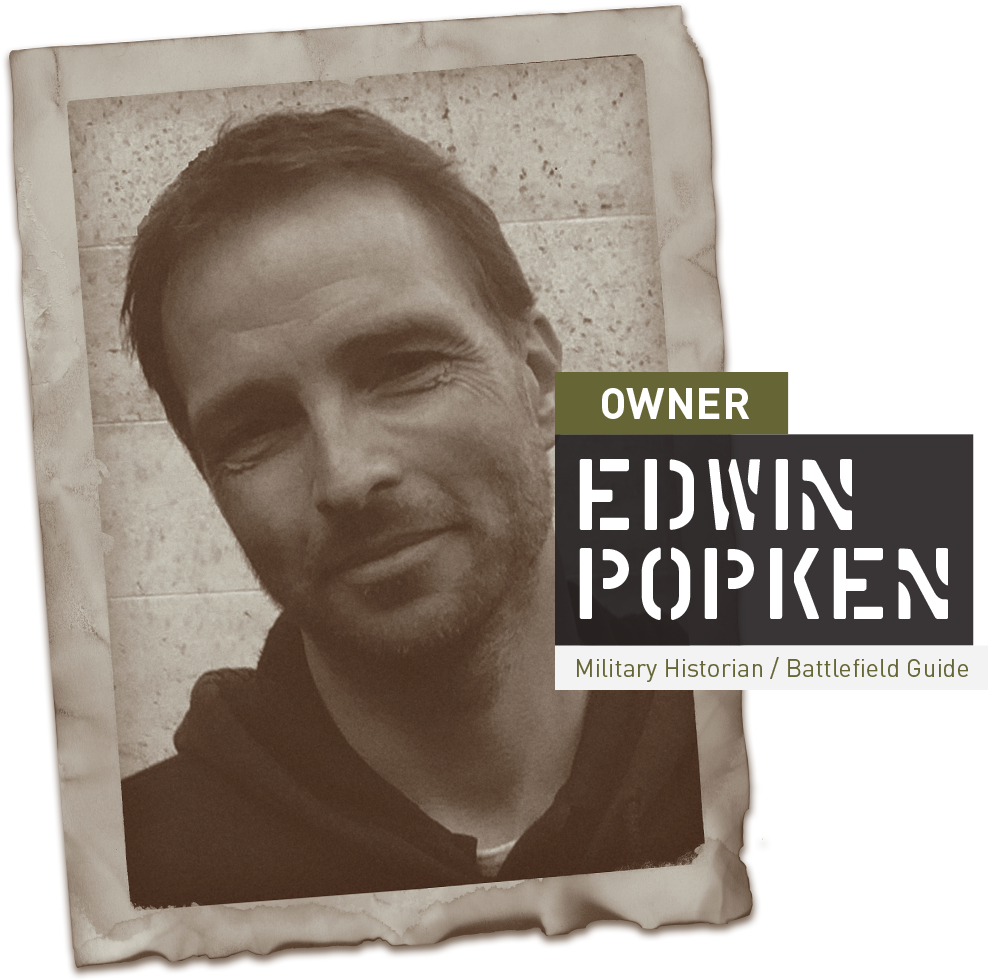 Edwin founded Battlefield Discovery in 2012 and has run the company since then. His interests are not only in military strategy and operations, but specifically in connections between events in 1944/45 and in the experience of war. Active in various areas of military history, Edwin is an all-round military historian and entrepreneur who is fluent in Dutch and English and is also proficient in German.

Edwin holds a Master degree in Military History from the University of Birmingham, UK. He is an accredited member of the International Guild of Battlefield Guides (badge nr. 93), a member of the Liberation Route Europe Guide Network, and a guide member of Airborne Region.

He has a broad experience in guiding and organising tours ranging from a few hours to multiple days. Edwin guides for private individuals, small groups and coach groups. He has experience guiding for people with a generic interest in WW2, veterans and families, school groups and military groups – battlefield studies and staff rides – both domestic and abroad. His services are hired by several tour operators. The most renowned one being the National World War Two Museum for whom he guides on their successful Easy Company: England to the Eagle’s Nest tour from The Netherlands to Austria.

Besides guiding, Edwin is also active as a historical consultant. In this capacity he has worked with tourist organisations, local governments, and media companies, providing them with historical content on projects or helping set up guide networks. He regularly delivers presentations or lectures. He made appearances in documentaries on Dutch television and has worked for international production companies on WW2 documentaries.

Battlefield Discovery cooperates closely with museums, travel and tourism organisations in both The Netherlands and abroad. Amongst others, we cooperate closely with: